The last June Sunday saw a massive classic car show in my home village, which is celebrating its 750th anniversary. We fire fighters assisted the local motorsports club, actually we were responsible for food.

It was up to me to coordinate the additional fire engine show, I'm useless at the barbie grill.

Gunther supplied me with a decent 'office', his FuKW 78

Of course I extended the mast

and added other essential items like the convoy flag, F-flag, F-arrow, chock and the ground spike

The tray attracted many people

A matching neighbour could be found, whereas it's an ex-Bundeswehr Munga which has been resprayed in early civil protection khaki 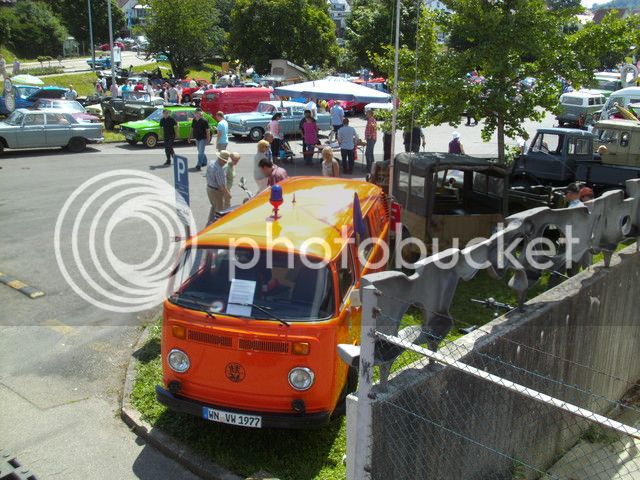 The show has begun


Let's start with the Feuerwehr vehicles:

First of all a decommissioned Splitty in the general show

followed by a late Bay and a Magirus

Another Magirus and two Mercs

A Magirus in private hands. The owner not only veils the beacons, but also the city arms and Feuerwehr letterings with magnetic covers. Despite being a fire fighter Ulrich doesn't want to be mistaken on the road. His emergency bag aboard

came in handy, when an elderly visitor collapsed, obviously a stroke! 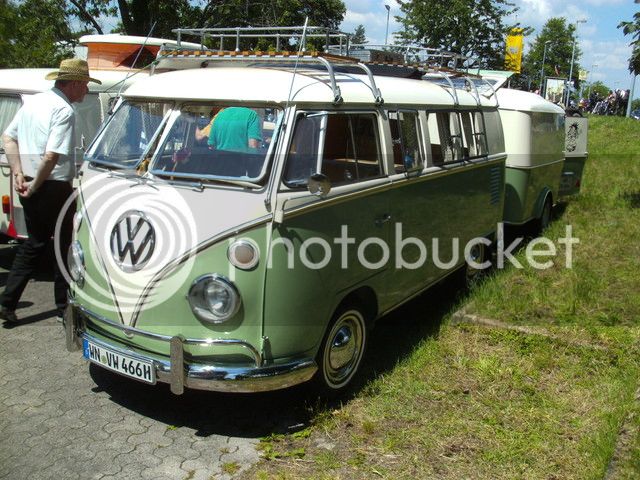 Another Westi, the trailer houses a scooter! 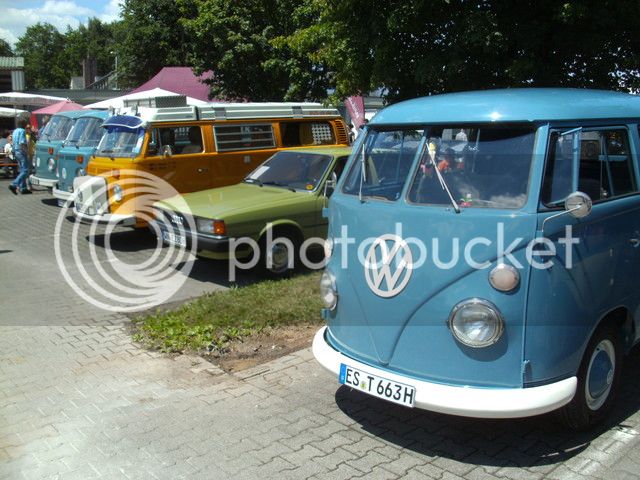 T1 Crewie and several T2s. Most remarkable vehicle in the row is the mousy Audi 80 tho', mint unrestored condition, saved from going to the scrapyard and bought for 1 Euro!!!

The rarest of the rare, a Goggo pick up, it even cruised famous Route 66! Looks a bit like a crew cab

East Germany's Kübelwagen, based on the Trabant. The 'Grenztrabant' = 'border Trabant' was used to patrol along the Iron Curtain

Lincoln Continental, in contrast to the GT I'd call it a gas guzzler

Edsels were a flop and are rare, especially this Villager estate (considering the US market only 3,272 built) 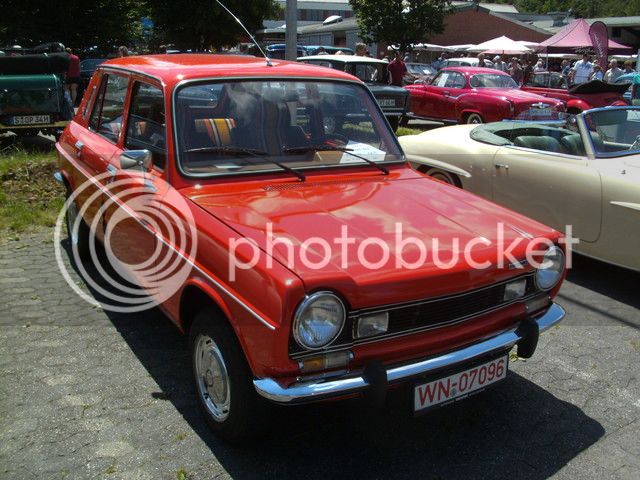 When have you seen a Simca 1100 for the last time?

Not to forget this Jag, the owner favours 6-cylinders

Spotted outside of the show: a Kawasaki custom bike called 'Wüstenfuchs' = 'Desert Fox'. Undoubted reference are the cartridges on the tank and a folding spade

The show in full swing
Top

Wow Roland, excellent photos and what seemed to be a perfect day.
And an outstanding display of veteran fire appliances - well done to all involved in the preservation of those vehicles

(I hope the unfortunate person who needed help is ok?)
Top

Wow Roland, excellent photos and what seemed to be a perfect day.
And an outstanding display of veteran fire appliances - well done to all involved in the preservation of those vehicles

(I hope the unfortunate person who needed help is ok?)
Top
Post Reply
3 posts • Page 1 of 1

Return to “Show and Meets Photos”